The Cedar Rapids area strikes again here on The Iowa Gallivant ,and this time we dive into Robins to pay a visit to a restaurant with one of the greatest themes this guy could ever ask for. The Big Lebowski is one of the greatest movies that has ever hit the screen and now we can be surrounded by all our heroes from the film. We heard Lebowski’s Bar & Grill had a legendary sandwich and I thought, “Yeah, well that’s just like, your opinion, man.” And it turns out….the legend was true. 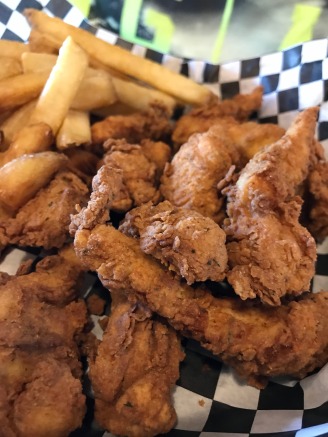 At first my son, Charlie, wanted to go right in to ordering our sandwiches and I had to cut him off. This place isn’t like other restaurants, its Lebowski’s “…There are rules.” So, appetizers first! We smashed a basket of house made chicken fingers and Smoky’s Soooo Gouda Mac and Cheese Bites. These were served nice and hot, delicious and prepared by Lebowski’s great fry cook. “He’s a good man….and thorough.” Next up! 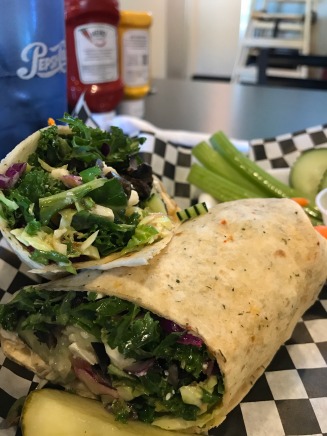 The Donny came in with its 1/2 lbs beef patty, ham, teriyaki sauce, melted Swiss cheese, and pineapple salsa. “Thank you, Donny!” My daughter, Leah ordered the Mediterranean wrap loaded with Portabella mushrooms, black olives, cucumbers, tomatoes, feta cheese, onion, superfood slaw and house vinaigrette. I asked Leah what superfood slaw was and she said “Obviously you’re not a golfer.” Well, that’s true, but I know an amazing burger when I see one. And here’s what made it into our statewide Best Between Bread search…

This is none other than The BIG LEBOWSKI! Two half pound beer patties, four cheeses, four thick cut bacon strips, lettuce, pickle, onion, shaved roast beef, BBQ sauce, fried onion strings on a fresh bun, and topped with crispy onion rings! And don’t forget some creamy house made coleslaw on the side. This was not only huge and loaded with a lot of ingredients, it was also one of the best burgers we’ve had. “Or your Burgerness, or uh, El Burgerino if you’re not into the whole brevity thing”.

You now have another reason to make a trip to the Cedar Rapids area and add Robins to your list of places to visit and make sure Lebowski’s Bar & Grill is on the list. Too bad we can’t have this burger where we live. “It’s not fair!” We’ll see if Robins gets a championship in December….

Be sure to read about the other Best Between Bread contenders in the communities of…. 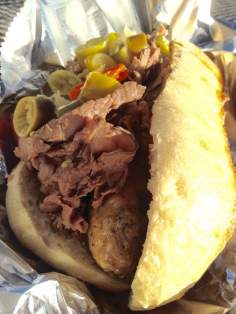 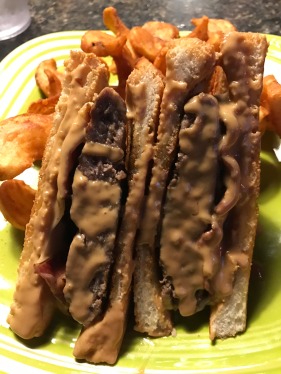 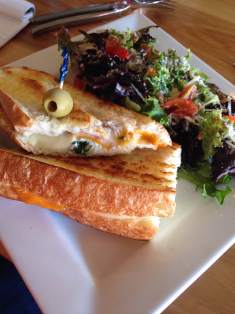 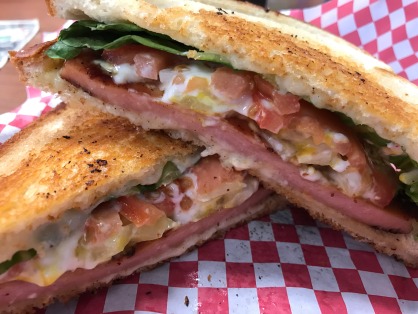 Off the Beatn’ Path BBQ-Crawfordsville 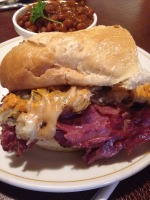 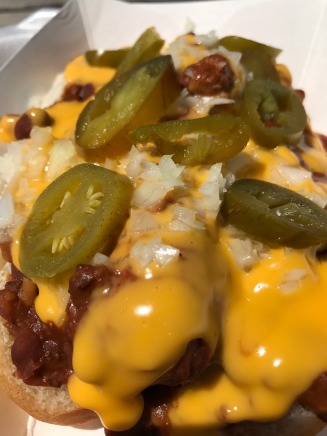 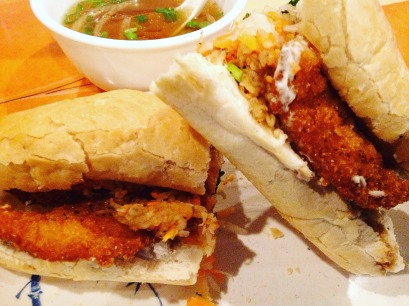 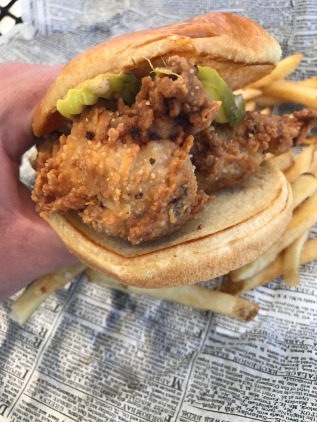 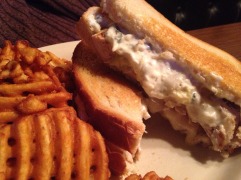 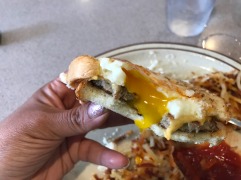 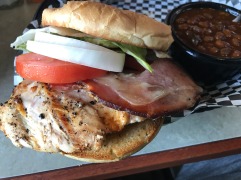 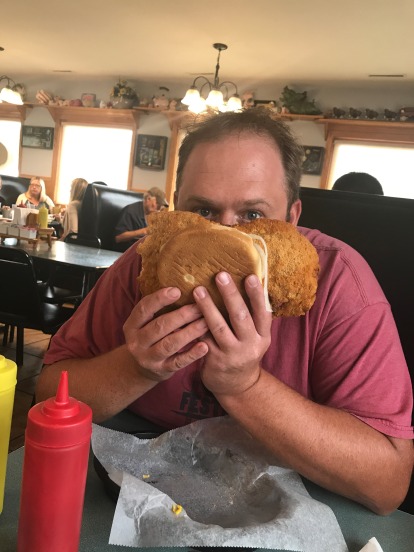 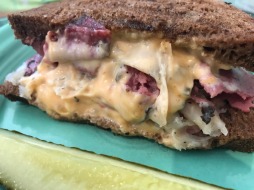 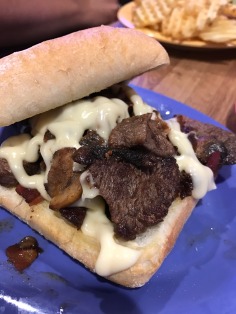 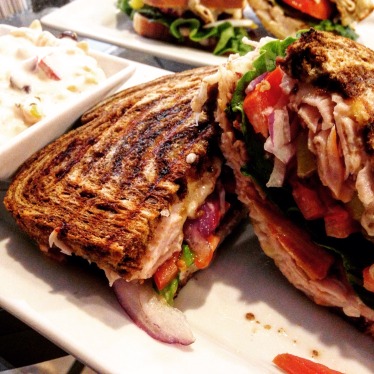 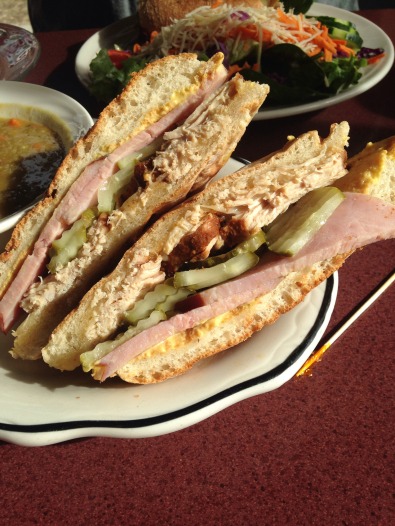 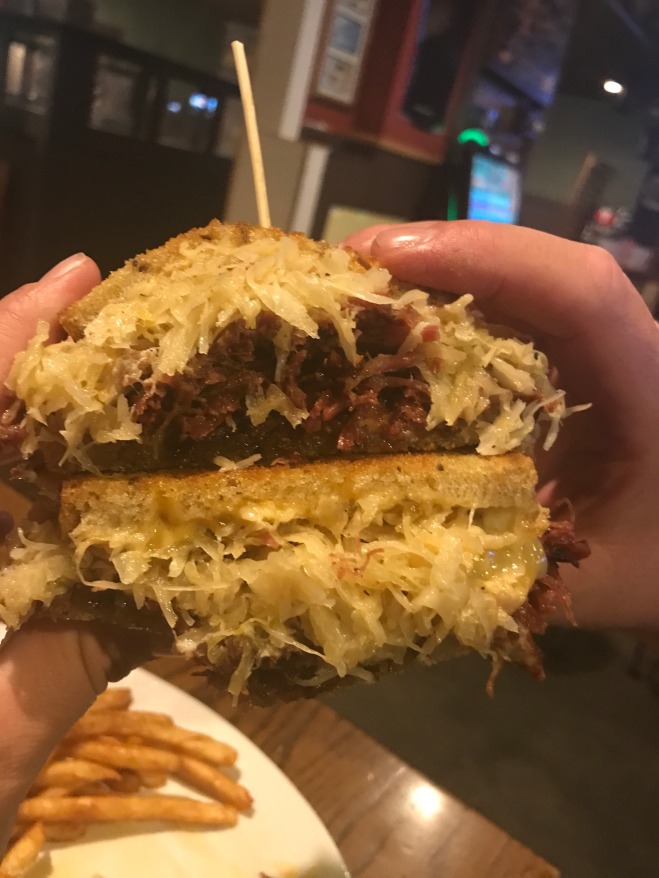 63 thoughts on “The Best Between Bread-Iowa’s Sandwich Masters: Locale 37, Robins”