We stumbled upon Arandas 3 while touring the scenic areas of Louisa County and we’re glad we did! They served up a plate of tacos that are more than worthy to make it on our 2016 Taco Tour. Wapello is officially in the running for the best Hometown Tacos! 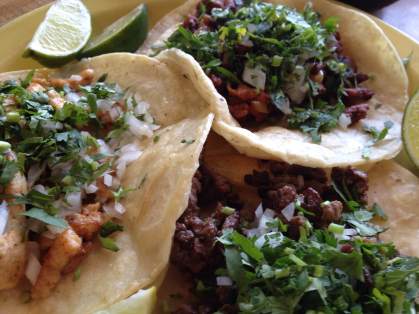 The al Pastor was clearly the best out of the three we ordered. Flavorful slow cooked pork and perfectly spiced. We also had steak and chicken tacos. Both were tasty, but didn’t come close to how great the al Pastor was. All the tacos has a generous amount of fresh cilantro and chopped white onions which I can never get enough of. All served on very warm sort corn tortillas. A few squirts of fresh lime and we were in complete taco bliss.

It is Tuesday somewhere. So get out and get some tacos! You know your hometown is worthy. Wapello has a contender. Where should we go next, Iowa?

Thanks for reading! -Team Goodvin