Each town has their local legends and Solon is no exception. This community has been on the rise for awhile now- seeing new restaurants, developments, increased tourism and a thriving Main Street with one heck of a brewery. With all the “what’s new” going on in Solon, one institution continues to be anchored here like it has been for decades. Ruzicka’s Meat Processing and Catering has the meat we’ve been looking for and you could feel the family history right when you walked in.

A family establishment with incredible pride in quality and a delicious outcome in everything they do. We showed up on a Saturday afternoon and there was no slowing down when it came to telling us about their prized selections.

We hit up their jerky, short bologna, bratwursts and so much more. Each wrapped in the familiar butcher paper and marked with one of their endless stamps hanging from the wall. As you’ll see, we went spicy on this trip. And check out that hat!

You gotta love finger food! On the left, we made a cheese tray with Ruzicka’s amazing salami with cheese and jalapenos. And you can feel the kick from the peppers and that’s exactly what we wanted. On the right is their Polish sausage pan seared with some fresh white onion. They took a dip in some wholegrain mustard before making it to their final destination.

Thanks to Ruzicka’s, we made a cheese dip for the ages. There’s times during the party when you stop paying attention to the game and lose yourself in the food. This is usually very easy for me to do. We made a rich queso dip with a kick and gave it another kick with their smoked Jalapeno and Pepper-Jack cheese bratwurst. Each dip of the tortilla chip had a slice of this expertly made wurst and it did not last long. Sorry, pigs in a blanket. Better luck next year. We’ll see if Ruzicka’s becomes our wurst champion in December!

Be sure to read about the other communities contending in Iowa’s Wurst Road Trip! 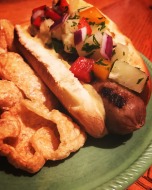 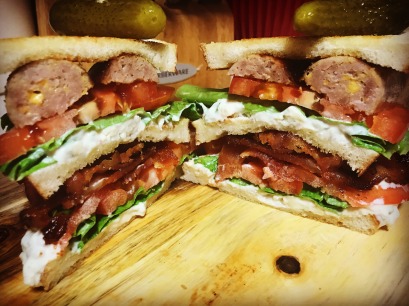 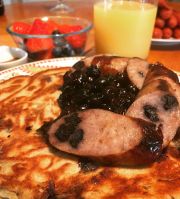 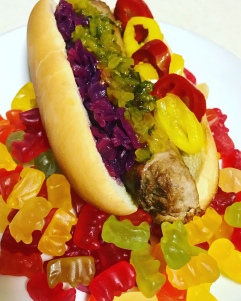 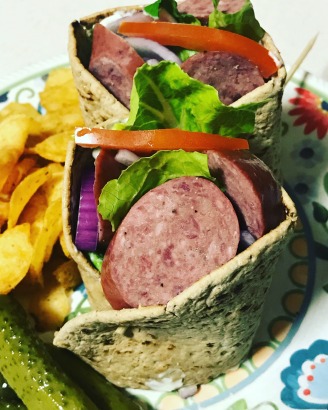 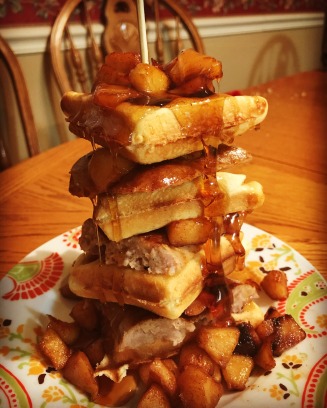